Which bird is this??
Added by thunderbird 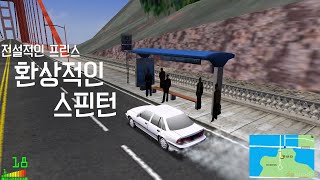 Midtown Madness 3 brings the madcap, over-the-top racing and driving excitement this franchise is known for to the Xbox video game system. Midtown Madness 3, the latest in the popular Midtown Madness franchise, allows you to get behind the wheel of more than 30 vehicles while competing in exciting race modes such as Blitz, Checkpoint and Cruise in two of the world's most fascinating cities: Paris and Washington D.C. With a robust Career mode featuring 14 driving careers, Midtown Madness 3 delivers the rush and excitement of street racing while challenging you to put all your driving skills to the ultimate test.

Midtown Madness 3 is being developed by Digital Illusions C.E. A publicly held company headquartered in Sweden with offices in Stockholm and Göteborg as well as in Toronto, Digital Illusions is focused on creating high-quality, playable games that will make the most of the advanced technology for which they are designed. The company has a strong background in racing games, having developed such hits as "RallyMasters," "NASCAR Heat (PC)" and "Swedish Touring Car Championship." Digital Illusions can be found on the World Wide Web at http://www.dice.se/.

All logos, trademarks and other artistic creations in this website are property of their respective owners.

The comments are property of their posters.