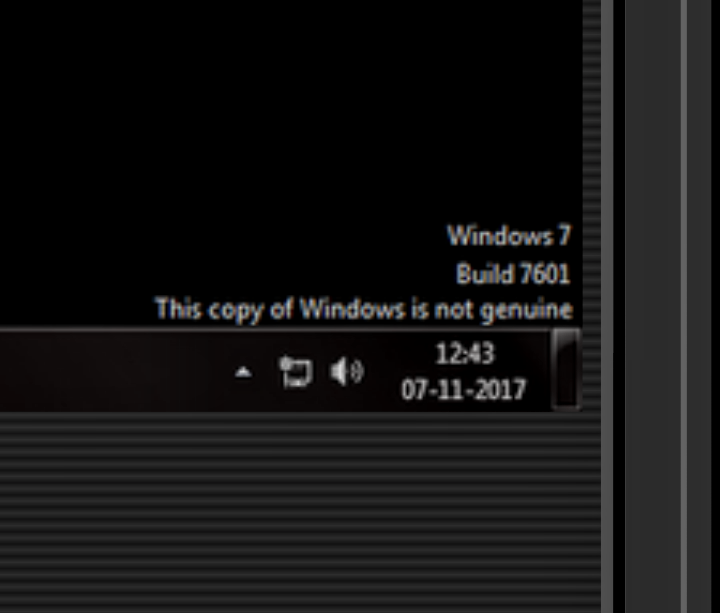 Why are you pointing useless things and not the question.
-Seahawk

Why are you pointing useless things and not the question.

Carfan was trying to tell you with that picture that you were on a copy of Windows that was not genuine, and could be the reason for the problem you were having.
Dubai = Supercarland

Why are you pointing useless things and not the question.

Carfan was trying to tell you with that picture that you were on a copy of Windows that was not genuine, and could be the reason for the problem you were having.

Actually Seahawk is right. I have no clue as to why it doesn't work, I was just having fun.

MM2 City Toolkit's .3ds file importing issues can be a lot, it's impossible to give a reply without giving a check to your files and to what you've done... It's totally sure that you've done something wrong with the map modeling and objects making in ZModeler before export the .3ds file.

What Carfan reported could be a reason of why DeAR 2 isn't properly working on your PC, instead.
Don't do anymore such ways of "having fun", Carfan.

And is that problem happening because I copied road, intersection, sidewalk and train objects from other maps?
-Seahawk

Try to rename TRAIN_ to ROAD_ and see if that works.
My Member Number is prime. LOL!
Top

I have removed the train and now it works.

Train is cancelled. And why the textures on ground not appearing even after I have assigned them in ZM? And sky is black?
-Seahawk

If I remember correctly, there's some sort of sky file missing or something for the sky. Also textures need to be applied correctly, and proper format. Are they showing in mm2ct?
Administrator at MMarchive | Part-Time MM2x Administrator | Arrow Block Entertainment LLC Owner | Desire Modern LLC Owner
Top

Evidently, you made the TRAIN_ object in the wrong way. Then, it's supposed to be turned into a .pathset file to make a train type object to move through the modeled path.
About the textures, you need to put them in a folder called _Texture, and assign right them to the materials in ZModeler (it's explained in the tutorial...). Also, don't exceed 8 characters with the file names. At the end, during the map making process, MM2 City Toolkit will copy and rename them with the basename as prefix, and place them in the Texture folder.
For the sky, you need to have the .sky file, named with the basename of your track and put in the City folder. You can easily take it from the .ar files of the various add-on tracks available.

For the last time: read the tutorial resources and learn by yourself, instead to always ask. This is stuff that can't fit with everybody, though...
Fiat 500 = Italian motorization. Franch88, MM2 eXtreme forum and website Administrator.
|Franch88's MM2 Releases|
Top

The map is released here.
-Seahawk