Italy's Honda rider Simoncelli died after an collision with Colin Edwards and nine-time world champion Valentino Rossi.The 24-year-old had his helmet knocked off in the accident,which occured when he lowsided from his bike.His bike veered across the track and straight into the path of Edwards and Rossi. 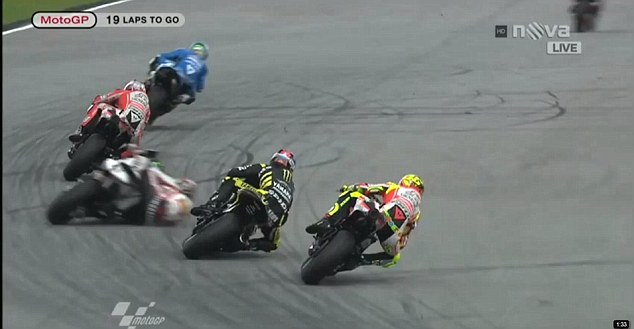 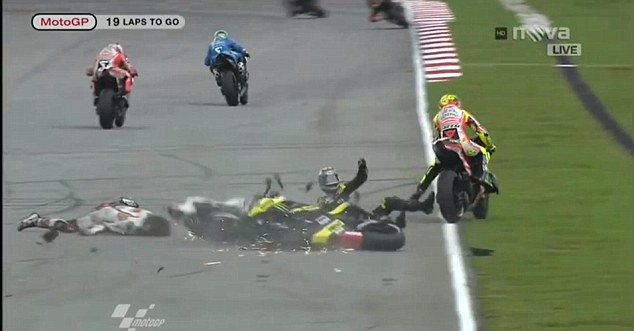 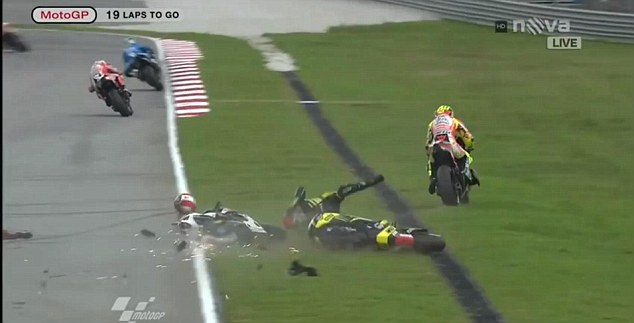 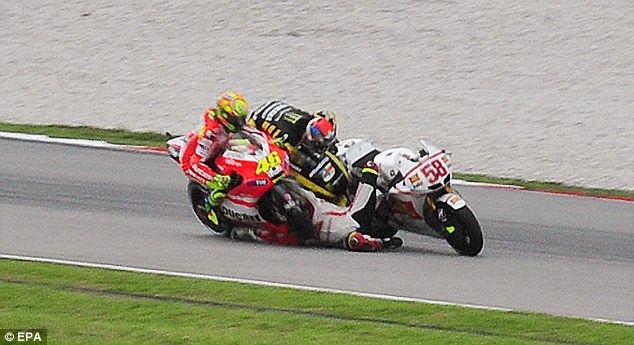 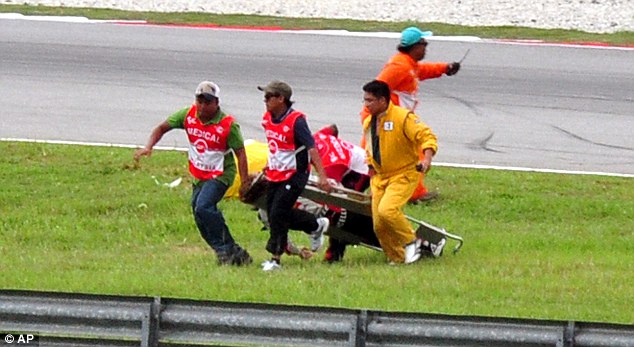 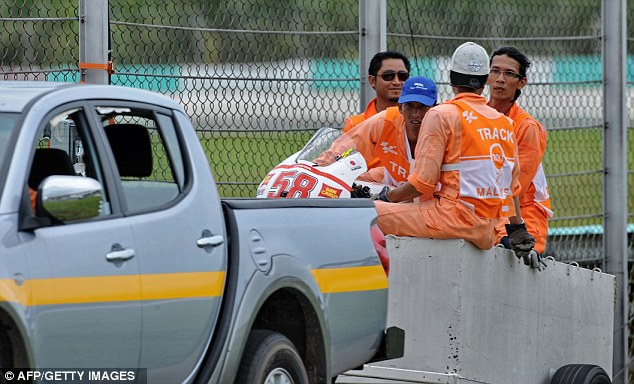 1987: Born in Cattolica, Italy on January 20.
1996: Runner-up in the Italian Minimoto Championship.
1999: Champion of the Italian Minimoto Championship.
2000: Claims a back-to-back title in the Italian Minimoto Championship and is runner-up in the European Minimoto Championship.
2001: Moves up to the the Italian 125cc Championship and wins the title in his rookie year.
2002: Wins the European 125cc title.
2003: Takes part in his first full season in the 125cc World Championship with the Matteoni Racing team.
2004: Joins the Rauch Bravo team and wins his first Grand Prix at a rain-soaked Jerez.
2005: Completes another 125cc campaign with the Nocable.it Race team and finishes fifth in the final standings.
2006: Moves up to the 250cc class riding for Gilera. Finishes the season in 10th overall with a sixth place finish at the Chinese Grand Prix his best result.
2008: June - Wins his first 250cc race at the Italian GP in Mugello in controversial circumstances when Hector Barbera crashed into him after Simoncelli appeared to try to block him off.
October - Wins the 250cc World Championship after a successful season with Gilera with a third place finish in the Malaysian Grand Prix at Sepang.
2009: Finishes third overall in the 250cc World Championship behind Japan's Hiroshi Aoyama and Spain's Barbera.
2010: Moves up to ride in his debut MotoGP season for Honda. Finishes 16 of the 18 races en route to eighth place in the championship.
2011: May - Collides with Dani Pedrosa while battling for second in the French GP. The resulting crash saw Pedrosa break his collarbone and Simoncelli receive a ride-through penalty, eventually finishing fifth. Simoncelli accepted he needed to re-evaluate his driving style and at times be more cautious.
June - Claims his first MotoGP pole at the Catalan GP but a poor start resulted in a sixth placed finish.
October 23 - Killed in a crash during the Malaysian GP in Sepang
[color=white][b][u]MM2X Awards : [/u][/b]

This month is truly the saddest month in the history of motorsport.

You will be missed, Marco. Rest in peace.
Top

As I look at it, I have the impression, that more and more athletes killed him. Even if this accident formula...
Top

Omg! 2 champions die in one week how depressing!

Oh mate, thank you to have posted this and in time. Today I woke up with this very bad news, really shoking and hard to believe. Another very bad accident in the motorsports hystory, following another one happened few days ago. In bikes motorsports the pilot is more exposed to very dangerous accidents where can even get killed, and the nowadays safety technologies can't do nothing when such very bad fatailty happens.
The poor Marco got invested on the neck, the most exported weak body part, and the helmet, that fallen off, couldn't do nothing to protect. The guilt of his bike control lose is of the tires. Really sad have the die of a really promising motorbikes pilot champion, so young then...

. I woke up to watch the GP and i was really shocked when that happened , he was a really promising young man and it is going to be missed ...
[color=white][b][u]MM2X Awards : [/u][/b]